I want to post the account of my Madhya Pradesh visit, which is one of my favorite destinations. Since I had reached here, I had many places to visit in my itinerary. My friends were thrilled as they have never been away from their home for a long time. They said that they longed to visit Bhopal as it contains a wide variety of flora, fauna, archaeological spots and temples. Being a marketing person, I travel mostly during the week days. But leisure travel is most enjoyed with friends.

I had heard a lot about the Lakshmi Narayana temple in Bhopal, which is most commonly known as the Birla Temple. The temple was built in the 12th century and holds some of the best archaeological resources of India. The ancient charm inside the compounds of the temple creates a magic everywhere. The temple is built up above the hills which also provide a panoramic view of the entire city from the top. The temple is dedicated to Goddess Lakshmi, who is known to be the mother of wealth. The temple has a captivating lawn surrounding it which is captivating and we sat there were long hours enjoying the fresh air. A huge turret is also observed in one side of the temple. The tint of sandy yellowish color reflects the feel of archaeology and contemporary India.

There is the famous Birla Museum inside the compound of the temple which is a reservoir of old sculptures and inscriptions. The art and culture during the 12th century flourished in the city of Bhopal, which is conserved in the museum. A range of sculptures are preserved in the museum from different cities such as Shahdole, Sehore, Mandsaur and Raisen. Scenic lookout points are always my weakness. We went round the temple and discovered placid seating areas near and around it. Apart from Goddess Lakshmi and her consort Lord Narayana, Lord Shiva and Parvati are also worshipped in the temple. The place brings about spiritual contemplation and lively feeling of devotion across the hearts of the visitors. Like us, there were thousands of other visitors. All in all, the visit to Lakshmi Narayana temple gave me very good memories to cherish for a long time. 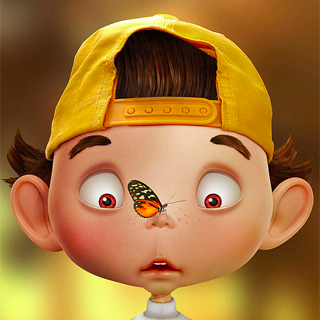